Sarawak: People of the Longhouse and Jungle
RM180.00 Add to cart

Music of the Chinese in Sabah: The Keyboard Culture RM85.00 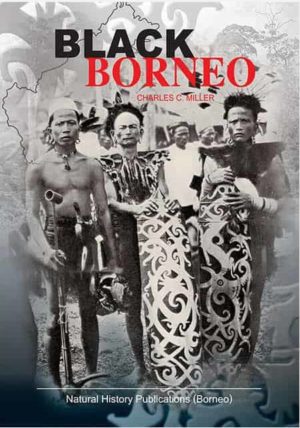 Sarawak: People of the Longhouse and Jungle

Dr Steiner has made many trips to Sarawak and Sabah since 1992 to study the pitcher plants in these parts of Borneo. The results of these studies have been published in 2002 in a book Borneo: Its Mountains and Lowlands with Their Pitcher Plants. These treks gave the author and his wife frequent opportunities for close and friendly contacts with the peoples living there. They had especially good relations with the Iban and the Orang Ulu of Sarawak. Often during discussions with Europeans, stories and questions concerning the head-hunting days in times gone by (even though head-hunting was banned almost 100 years) were still frequent and Dr Steiner realised that knowledge was quite scarce about the surprisingly highly developed culture of these peoples. The author collected his experiences with several tribes: the Iban, Melanau, Kenyah, Kayan, Kajang, Penan and also the Lun Bawang and Kelabit from the remote highlands to show that they still have a very colourful cultural life. In 2005 and 2006 he studied especially the upper Baram Ulu region and the Punan Bah tribe at the Rajang rapids between Kapit and Belaga. A large number of photographs document their active cultural life, covering painting, music and dancing, carving, beadwork, weaving and other handicrafts. He got the impression that he was assisting to document a vanishing culture, because influences of telecommunications, travel and increasing intrusion of the logging industry have influenced the traditions in most parts of this area of Sarawak. He made these frequent treks with his wife, who was an indefatigable traveller and very valuable help in all his studies. This publication will be of interest to naturalists, ethnologists, sociologists, and friends of Borneo and the Far East in general.