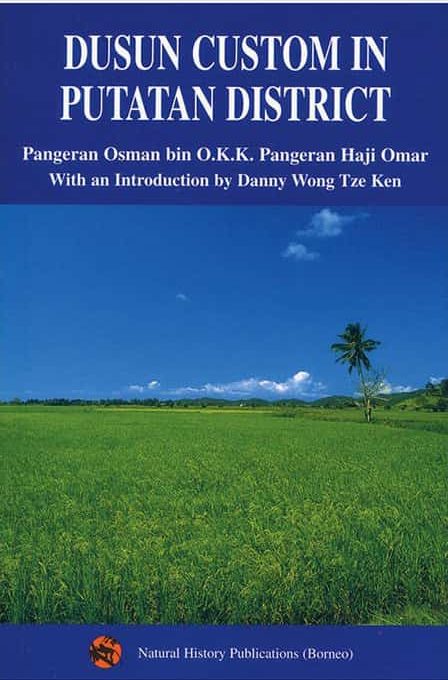 This collection of Dusun Custom was compiled by Pangeran  Osman bin O.K.K. Haji Omar, Deputy Assistant Officer of Putatan District, Jesselton. He had noticed that Native Court decisions or settlements by Kampong Headmen were beginning to vary, partly as the old local custom was forgotten , and partly owing to the influence which could be exerted by interested parties.

His attempt to collect and codify the adat has been made in collaboration with a number of the District Headmen and Chiefs, and they are agreed that the result represents the real custom.

On almost any individual point, it may be possible for the reasons given above to find divergent decisions in Native Court records, but these should properly be ignored. On the other hand, it must not be assumed that the rules here given are of universal acceptance amongst Dusuns: customs vary often considerably-in different Districts, and also in different parts of the same District.

These rules given do not profess to form a complete code, and further research may extend it considerably.

It translating the text I have followed the original closely keeping the same order and numbering of sections for purposes of easy reference. A few notes have been inserted.

It is hoped that the record, besides having a general interest to students of Native Customs, may have a definite value as a guide to those in charge of Dusun Districts.