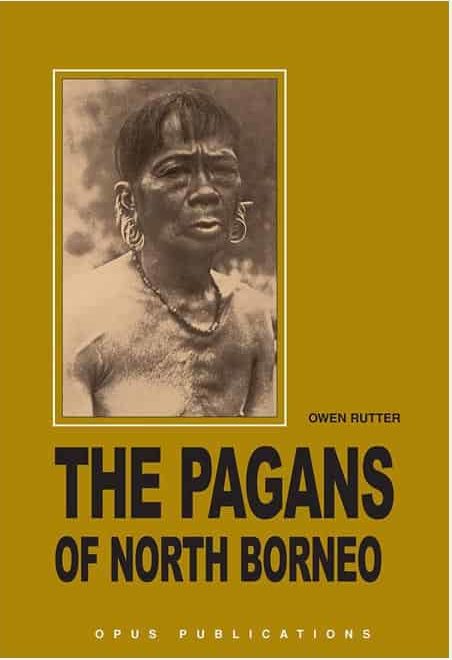 The Pagans of North Borneo

There is an old saying, “Good wine needs no bush”; if this is true then assuredly Mr. Owen Rutter’s book need no introduction. Nor if it did could I claim any special competence, for it is now more than a quarter of a century since I spent six months in the lovely island of which he writes, and even then I saw no Dusun or Murut, the tribes with which the author is almost wholly concerned. Both peoples constitute solid inland groups stretching across the breadth of British North Borneo, both held off from the sea by a continuous coastal fringe of Islamized immigrants who have extended for considerable distances up such large rivers as the Labuk and Kinabatangan. The boundary between Dusun and Murut is irregular, the Dusun of the central area of British North Borneo coming rather further south than the mass of their tribesmen nearer the coasts; ignoring such slight irregularities and the coastal fringe of Mohammedan peoples, the line between Dusun and Murut may be taken to run roughly from Cowie Harbour on the south-east coast to Beaufort in the north-west. The Dusun, then, are limited to British North Borneo, but this does not hold for the Murut, who extend southward both into Sarawak and Dutch territory.

Mr. Rutter spent five years in North Borneo as a District Officer in the Civil Service, during time which he served in each of the five Residencies of the State and so was in close touch with natives of varying types and groups; and he has also spent eighteen months in the country as a private investigator, when he again travelled extensively.