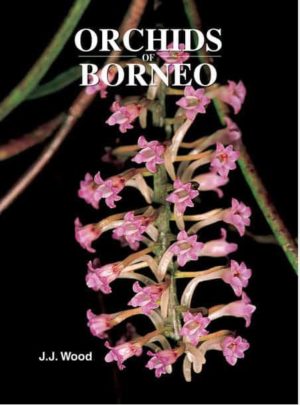 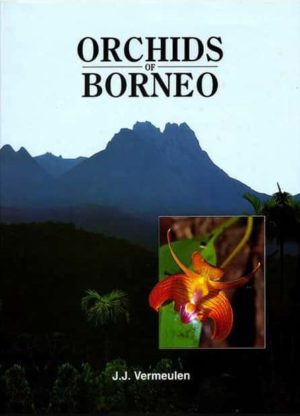 The Orchids of Borneo produced in a series of volumes each describing 100 species. Borneo’s orchid flora is estimated to include between 1400 and 1500 species and is one of the least studied in the region. As a result,  many new taxa and records have been discovered with recent exploration and research. All five subfamilies of the family Orchidaceae are represented and about 150 genera have been recorded from Borneo.

This volume contains a further selection of one hundred native species of both horticultural and botanical merit. Two genera are given prominence, viz. Dendrobium, the second largest orchid genus in Borneo, and Dendrochilum, which is an important element of the montane flora . A key to the sections of Dendrobium and preliminary keys to the subgenera, sections and species of Dendrochilum are provided. Each species is illustrated by a line drawing accompanied by a detailed description and notes on habitat, distribution, points of interest and etymology. Colour photographs are included wherever possible.

Jeffrey Wood is a Senior Scientific Officer and Deputy Curator of the Orchid Herbarium at the Royal Botanic Gardens, Kew. His specialist interests are focused mainly on South-east Asian, New Guinean, European ad Middle Eastern orchids. He is a co-author of Orchids of Borneo Vol. 1 and is currently working on a revision of the genus Dendrochilum in Borneo. Orchid studies have taken him to diverse destinations including Cyprus, Thailand, Sumatra, Borneo and Papua New Guinea. Leisure interests include listening to classical music, collecting compact discs and gardening.