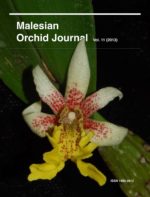 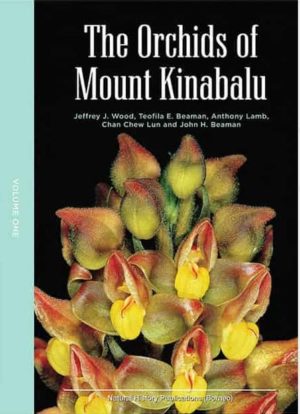 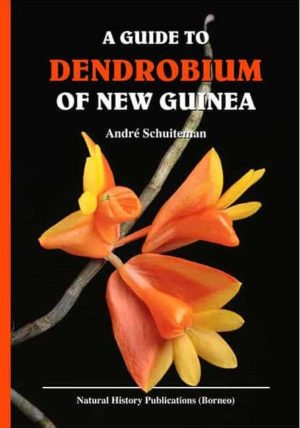 It is with considerable trepidation that I follow in the footsteps of Jeffrey Wood as Chief Editor of the Malesian Orchid Journal. For the previous ten volumes, Jeff and Datuk Chan Chew Lun have managed to establish a consistently high standard of content and production, combining scientific accuracy with an aesthetically pleasing presentation. It will require much effort to maintain this standard. Those interested in tropical Asian orchids are greatly indebted to Jeff, not only for his role as editor of this journal, but even more so as author of countless articles and an impressive stack of books, including Orchids of Borneo (vol. 1 as co-author, vols. 3 & 4), The Orchids of Peninsular Malaysia and Singapore (with Gunnar Seidenfaden), Dendrochilum of Borneo, and The Orchids of Mount Kinabalu (with T.E. & J.H. Beaman, C.L. Chan & A. Lamb). He is currently finalising another book, Dendrobium of Borneo (and kudos are in order to Datuk Chan for enabling and carrying out the production of most of these books). Jeff has named and described well over 200 new orchid species. As of December 2012 he has retired from his position as Curator of Orchidaceae at the Herbarium of the Royal Botanic Gardens, Kew, but I hope that he will be able and willing to continue contributing to the Malesian Orchid Journal for a long time to come.

As before, this journal will be an outlet for articles on the systematics, taxonomy, ecology and conservation of Malesian orchids. Unlike most other specialised orchid journals, it will not deal with orchid cultivation and breeding, although it is conceivable that the topic will come up in the context of conservation. The Malesian Orchid Journal is a peer-reviewed, scientific journal. This does not mean that only professional scientists may publish in it. Amateurs can make scientifically valuable contributions in our field of observation-based biology as there are still huge gaps in our knowledge. To mention a few, for most Malesian orchids the pollinators are unknown, we know very little about the specific habitat requirements of the majority of the species, and their population dynamics are largely a mystery. There is ample opportunity for both amateur and professional scientists, especially those living in or near Malesia, to make original observations (and to write articles about them for this journal).

The main focus of the Malesian Orchid Journal will continue to be on systematics and taxonomy, including the description of new species. In the present volume alone, 21 new species are described. Of course, they are not really new. They have been on this planet for many thousands of years. They are only ‘new’ in so far as they managed to escape detection until recently. Orchids continue to surprise us. One may know all the species in a particular genus and yet the next ‘new’ species that turns up may be very different from all the others. I look forward to helping publish many surprising discoveries in the volumes to come.

At the 18th International Botanical Congress in Melbourne in 2011 it was decided that as of January 2012 authors of new taxa would no longer be required to provide a description or diagnosis in Latin. A description or diagnosis may now be either in English or Latin. A change to this effect has been made in the International Code of Nomenclature for Algae, Fungi, and Plants, which replaces the venerable International Code of Botanical Nomenclature. As a result, authors of new taxa in the Malesian Orchid Journal will not be asked anymore to provide a Latin diagnosis. This will be a relief to some and a cause for lament to others. To accommodate the latter, authors who wish to do so may still include Latin diagnoses with their descriptions of new taxa.

In the Editorial to the first volume, Jeffrey Wood already briefly explained the meaning of the term Malesia. Given the name of this journal, I considered that it would be useful to expand on this, therefore in the following pages the reader will find a short article about the plant-geographic region Malesia and its orchids. After reading this there will be no more excuse for confusing Malesia with Malaysia.

The monopodial genus Malleola contains a number of species for which Peter O’Byrne coined the striking term ‘tooth-lipped,’ and about which he wrote a characteristically thorough article for this volume. Among his findings is that the well-known M. baliensis should be called M. aberrans, as this is based on an older name for the same species. Peter joined forces with Ong Poh Teck to describe a rather aberrant new species of Anoectochilus from Peninsular Malaysia (as if to make my point that orchids continue to surprise us), and this duo was further strengthened by Jeffrey Wood to describe two new species of Dendrobium section Distichophyllae discovered in cultivation. In another article, Ong Poh Teck adds three new records to the already rich orchid flora of Peninsular Malaysia.

Jeffrey Wood describes a new species of Pholidota that is only known from a single find on Mount Penrissen in Sarawak, a reasonably well-botanised mountain on the Indonesian border, not far from Kuching. Sadly, part of the forest there has been destroyed to make way for a golf course. I remember seeing the freshly felt trees in 1993, on one of which our party collected a new species of Bromheadia, B. robusta Kruiz. & de Vogel. We did not find the Pholidota then; let us hope that it and the other rare orchids known from this mountain still survive on its slopes.

Peninsular Thailand lies at the border of, and partly inside, Malesia; many of the species described by Hubert Kurzweil in his article on the Calanthe species of Peninsular Thailand can be found elsewhere in Malesia (or else the article would not have qualified for publication in this journal).

The genus Peristylus is closely related to Habenaria, but unlike Habenaria most of the species are inconspicuous and poorly studied. Paul Ormerod describes two new species and transfers two Habenaria species to Peristylus.

Gina Hamilton highlights a Nervilia that does not behave like a normal Nervilia.

I have always been an ardent admirer of Jaap Vermeulen’s line drawings, which capture complex three-dimensional shapes with stunning confidence. In recent years he had to switch to drawing with his left hand, due to a condition in his right. His articles in this volume, co-authored with Anthony Lamb, Jim Cootes and Wally Suarez, describing new species of Borneo and Philippine Bulbophyllum, are illustrated with such ‘left handed’ drawings. They are, incredibly, just as accomplished as his older work, as the reader who is familiar with his art will agree.

I thank the authors, artists, photographers and reviewers who contributed to this volume.