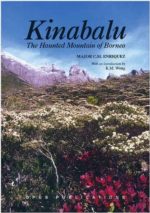 Kinabalu — The Haunted Mountain of Borneo: An Account of its Ascent, its People, Flora and Fauna
RM 20.00 Add to cart 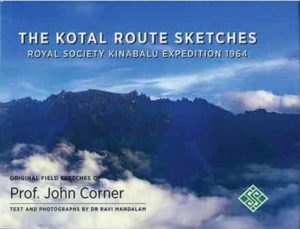 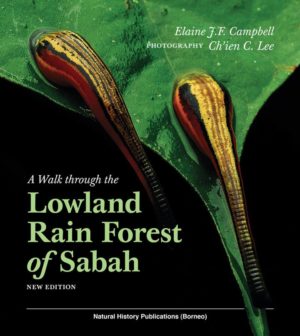 Kinabalu — The Haunted Mountain of Borneo: An Account of its Ascent, its People, Flora and Fauna

Enriquez’s short account, ‘Kinabalu – The Haunted Mountain Of Borneo’ requires only a brief introduction in that it is a succinctly composed record of an expedition to Borneo in 1925, made principally to collect zoological specimens. This was when Borneo was a far-away land of orang-utan and headhunters, savagery and piracy and when (under the British North Borneo Company) “the question of communications remains… in the air.” It is still a far-away land of orang-utan for many Europeans, but the headhunting and the savagery has gone, remaining only in the annals of the past.

The reader can finish the book in one or two days at the most, but the admirer of Kinabalu and keen collector of Borneo literature will notice that some of the most beautifully written passages on Kinabalu that portray its starkness and many wonderful moods exist in Enriquez’s book. Even in those days, at a time when it was thought there had been only 25 documented visits and sacrificial rites were an essential condition to climb the mountain, he notes that “ Kinabalu is a sort of Mecca for naturalists.” Enriquez was a military man and a sort of naturalist, knowledgeable about butterflies and birds and, although not a resident of North Borneo, makes some rather sharp observations on natural history aspects of the mountain. He come across as a curious visitor enchanted with Kinabalu, and such in a state prone to forgetting himself, although understandably so. He declares his book seeks to “avoid… the deplorable terminology beloved of scientists” but (even as he refers to spiders as those “unpleasant insects”) engages in mentioning suites of latin names of butterflies and birds, which otherwise are charmingly described. Some of his observations on the races and customs of North Borneo may appear coloured and unacceptable, as can understandably be made by a member of any administrating party over their colonial charges, (and indeed, some of the most unusual stories could be uncritical repetition of what has been related to the apprehensive traveller), but Enriquez displays his fondness for the gentle aspects to his Kachin companion from Burma, Sau Nan, an associate from the British Indian army, and by declaring, in connection with his North Borneo experience, that “superstitions… denote a sense of humiliation in the presence of great forces where perhaps more arrogant people betray a profounder ignorance by ridiculing them”. This is a wonderful mixture of attempts at accurate natural history observations and calm expressions of what has been today called culture shock.

These are the beginners of the state of British North Borneo, then with a population of only 357,000, when the journey on foot from the town of Kota Belud to Bundu Tuhan village, where the main assault on Kinabalu began, took more than a day (nowadays less than an hour by car), to the extent that Enriquez observed was “not to be recommended generally for women.”

Readers can now sit back and fonder over the misguided predictions of Enriquez, who suggested himself as a “cynical Twentieth Century being. In 1975, fifty years following Enriquez expedition, 2126 persons made documented climbs to the summit f Kinabalu, and nearly twenty years later, in 1994, 29, 574 persons had done so. Enriquez had remarked that “it cannot be supposed that when British North Borneo is more opened up its government will take so personal an interest in travellers” and that “in the future this wonderful mountain will be even less frequently visited than in the past.” Perhaps it was this uncertainly that such an amazing creation of nature might ever be enjoyed by most people, that has prompted some of the most beautifully written expedition accounts in the past. But even as Enriquez downplays most other aspects in “Sarawak, with its White Raja – and British North Borneo, the property of a company – whose conception furnishes the history of the Malay Archipelago with two romantic passages,” he was entirely right in revelling  in the mystery of Kinabalu and its forests where, he wrote, “each bend… did reveal some new and unexpected wonder.”