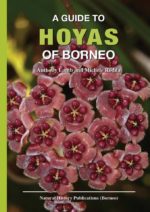 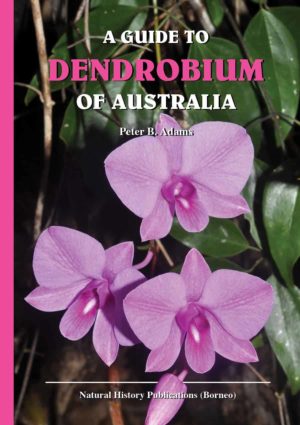 A Guide to Dendrobium of Australia RM 50.00 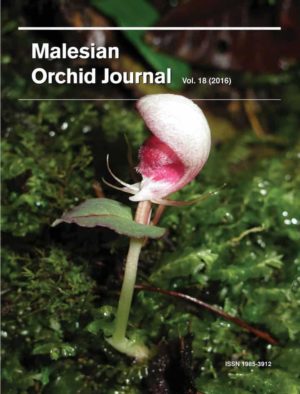 A Guide to Hoyas of Borneo

The genus Hoya was established by Robert Brown in 1811 and was named after Thomas Hoy, gardener at Syon Park in England. Hoyas are mostly herbs with creeping or climbing stems and mostly epiphytic in trees, but some are small shrubs that do not produce climbing stems. Many produce umbels of colorful and scented flowers and because they are easy to propagate from cuttings or seeds have become popular house plants in the cooler temperate countries or garden plants in the tropics and sub-tropics.

Hoya belongs to one of the ten largest families of flowering plants — the Apocynaceae — with 5100 species, and fall into one of the five subfamilies, the Asclepiadoideae, and specifically the tribe Marsdeniae, with 26 genera. With 350–450 species, Hoya is the largest genus in the family with the main distribution of species being in the tropical forests of Malesia, where it is found growing with the closely related genus Dischidia. Borneo is one of the top 10 biodiversity hot spots in the world and Hoya diversity on the island is only surpassed by the Philippines at present. Currently it is estimated that there are about 80 species in Borneo, with 72 named, of which 67 are covered in this Guide. Of the 72 named species, 36 species, or 50% are endemic to Borneo.

Hoya are used by native people for medicinal and other purposes and medical research is now finding chemical constituents that may have future potential in the industry. Because of the colorful and scented flowers, over 100 species are now commercially available as ornamentals from nurseries that specialize in Hoya . This Guide covers some aspects of their cultivation, both as outdoor climbers in gardens in tropical and subtropical counties as well as indoor house-plants in colder climates. As a result, Hoya Societies have sprung up in many countries in Europe, the USA and Australia as well as in some tropical countries such as Thailand.