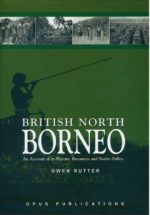 British North Borneo: An Account of its History, Resources and Native Tribes
RM 125.00 Add to cart 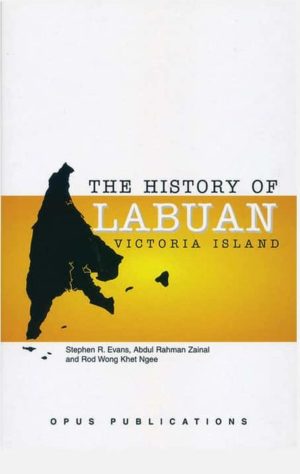 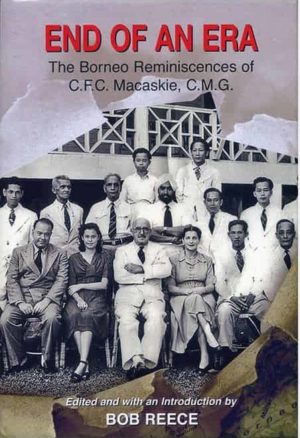 British North Borneo: An Account of its History, Resources and Native Tribes

Where is North Borneo? What is the size of North Borneo? Who compose its population? To whom does its belong? How many men in the street would be able to answer this question? How few would be to tell us that Borneo, next to New Guinea, is the largest island in the world, with an area  of 290,000 square miles: and that three -quarters of this island (practically a continent) belong to Holland, which has been able to do little towards developing its resources. The remaining quarter is under British protection and its includes Sarawak, with an area of 42,000 square miles; North Borneo, 31,000 square miles; and the native State of Brunei, 4,000 square miles. The population of this immense island, which its rich, practically undeveloped resources, is less than two million souls, nearly half of whom inhabit the Protectorates of North Borneo and Sarawak.

The fascinating history of Sarawak is known to many, but the equally fascinating origin of our rule in North Borneo is by no means familiar to the British public. In 1878 this corner of Borneo – most important from its strategic position, commanding the routes between China and Europe on the one hand, and China and Australia on the other – was in danger being acquired by a foreign Power, when at the eleventh hour a small body of English gentlemen stepped in and purchased it from the native rulers. A Royal Charter was granted on November 1, 1881, and in the somewhat animated discussion which followed in the House of Commons, curiously enough the Conservative Party were the anatagonists , and Mr. Gladstone, who spoke strongly in favour of the grant of the Charter, was a protagonist of the policy.

During the forty years which have since elapsed, the country has been redeemed from a condition of lawlessness and desolation and been endowed with all the blessings of a just and stable Government, which is conducted on similar lines to those of our Crown Colonies and which presents a model administration to the other Oriental Governments. Under the administration of the British North Borneo (Chartered) Company the native population have become peaceful and industrious. Their welfare is studiously safeguarded. Smallpox formerly devastated the country, and the indigenous native population seemed to be doomed to annihilation, but vigorous campaigns of vaccination have proved their salvation, and this and other ameliorative measures have brought about a large increase in their numbers. Forty years ago the country was s tropical wilderness; untitled, uncared for, utterly neglected. To-day it is the scene of patient toil and industry. Numerous rubber and tobacco estates are scattered throughout the Territory, and its valuable timber and coal resources are being exploited. As yet however it is still  in its youth as a producing country, and the next few decades will assuredly witness an immense expansion of its industrial activities.