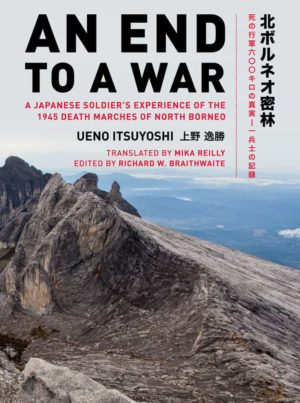 Philippe Funk hailed from Sandakan, then capital of British North Borneo, and was active in the first half of the twentieth century. His claim to fame was as publisher of a large series of picture postcards printed in Germany. For collectors of picture postcards or deltiologists, it would surely be a dream come true to be able to complete the series of 148 cards. Specialist collectors would also pore over the minutiae of the postcards, on both the picture and address sides, to look for trends, whether the views are repeated, hand painted or in the similarity of the captions. Details such as plate numbers or logos might also give an indication as to the identity of the printers. Such analysis, however, is outside the scope of this work, which is first and foremost a family memoir. This book arose as a result of research to gather more information on Philippe Funk, in addition to fulfilling a promise to his granddaughter, Gertrude. This publication also showcases the images of the postcard collection in its entirety and it should prove to be an eye opener to those of us who are too young to remember the bygone days. The series is remarkable for its depth and breadth of depiction of the native people, landmarks, landscape and towns of North Borneo. Predictably though, views of Sandakan predominate as it was the business hub in the pre-war years before the Japanese occupation. Admittedly, not all the images originated from Philippe; he also utilised pictures from other sources like Ha Buey Hon of Sarawak, himself a noted postcard publisher albeit on a smaller scale. Those postcards of borrowed images showed the native Dyak or Dayak people in their finery, perhaps to illustrate to the outside world the ‘wildness’ of Borneo. Also in this volume, a watercolour sketch has been specially commissioned of Jalan Tiga or Third Street in old Sandakan as part of an ongoing effort to promote local artistic talent.