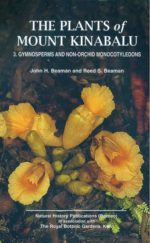 The Plants of Mount Kinabalu 3: Gymnosperms and Non-Orchid Monocotyledons
RM 200.00 Add to cart 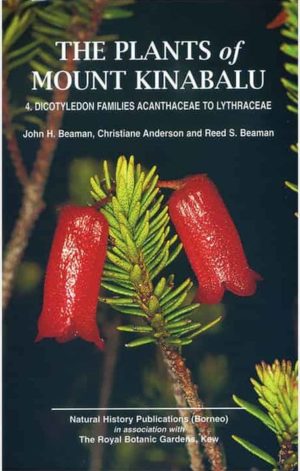 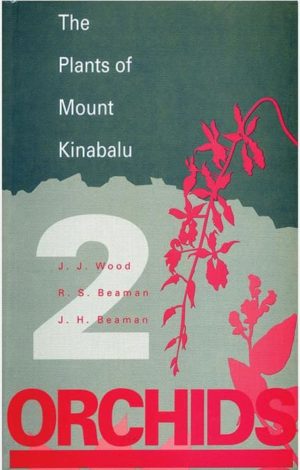 The Plants of Mount Kinabalu 3: Gymnosperms and Non-Orchid Monocotyledons

The Plant of Mount Kinabalu

The primary objective of this project is to provide an inventory of all vascular plants in the flora of Mount Kinabalu. Two books on the flora, covering the fern, fern allies and orchids, have already been published. The Plants of Mount Kinabalu, 3 enumerates the gymnosperms and non-orchid monocotyledons. Two additional volumes on the dicotyledons are expected to be completed in three or four years.

The Kinabalu flora may include as many as 5000-6000 species, and is one of the most diverse if not the most diverse flora in the world. Additionally, Mount Kinabalu has been a centre of extremely active plant evolution and speciation and presents a spectacular natural laboratory for studying these processes.

This third volume in the series includes sections on the history of botanical research on Mount Kinabalu, analysis of collecting activities, geographical distributions and endemism, ecological associations of the species, life-forms, classification and evolution of the monocotyledons, an enumeration of the species and indexes to numbered collections. Information is provided for each species on literature, habit, habitat, elevation range, and specimens upon which the study is based. The gymnosperms and non-orchid monocotyledons of Mount Kinabalu include 38 families, 173 genera and about 490 species, subspecies and varieties. More than 5000 specimens were examined and recorded for the project. These have been collected over a period of 145 years (1851-1996) by about 120 naturalist, explorers, botanists and local people, and are the basis for virtually all the accumulated knowledge of these plant groups on Mount Kinabalu. The book is particularly authoritative because of the collaboration of 15 noted specialists in various plant groups.

The last works that considered the monocotyledons of Mount Kinabalu were Otto Stapf’s monumental 1894 account, On the Flora of Mount Kinabalu, in North Borneo and Lilian Gibbs’s 1914 works, A Contribution to the Flora and Plant Formations of Mount Kinabalu and the Highlands of British North Borneo. Stapf’s paper listed 30 non-orchid monocots in 10 families; Gibbs listed 41 in 14 families. With some 460 species of monocotyledons included in the present work, a 10-fold increase has been made to previous knowledge of the flora, and has the advantage of being based on about a century of advances in the understanding of the flora and improvements in the scientific methodology for conducting such a study.

The project involves new and innovative procedures for conducting floristic inventories, and is serving as a model for similar projects in other parts of the world. Specimens have been examined in some 23 different herbaria, including all relevant specimens at the Royal Botanic Gardens , Kew, the Natural History Museum, London, and the Rijksherbarium, Leiden. Gibbs had about 45. In contrast, the present study of the monocotyledons is based upon over 4600 specimen records of collections accumulated over the 147 years since Mount Kinabalu was first explored by Hugh Low in 1851.