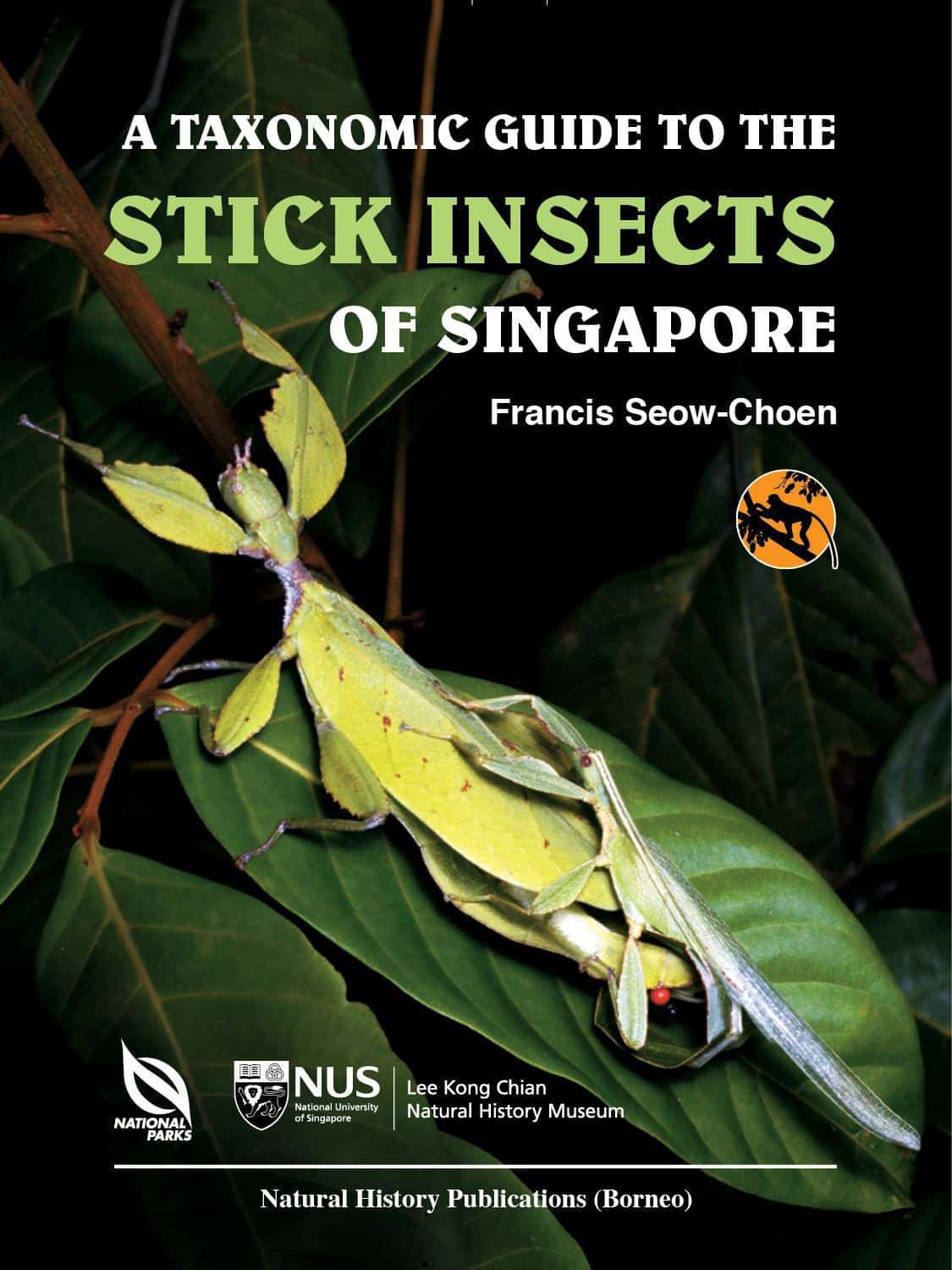 A Taxonomic Guide to the Stick Insects of Singapore

Singapore is often thought of as a small and very built-up industrial and shopping city state. Many people do not associate Singapore with rainforests, wild animals nor indeed with any natural resource. However, as far as nature in Singapore is concerned, truth may be stranger than fiction. The nature reserves and remaining forests on the main island of Singapore, as well as her smaller islands, still hold many surprises for inquisitive naturalists. The stick insect fauna of Singapore is surprising large and interesting for her size.

Seow-Choen 1997, published the first book written specifically on tropical stick insects called A Guide to the Stick and Leaf Insects of Singapore with the Singapore Science Centre. Brock in 1999 published his Phasmids of West Malaysia and Singapore with the Malaysian Nature Society. An Illustrated Guide to the Stick and Leaf Insects of Peninsular Malaysia and Singapore was subsequently published by Seow-Choen in 2000 and A Pocket Guide: Phasmids of Peninsular Malaysia and Singapore in 2005, both with Natural History Publications (Borneo). The last two books list 113 West Malaysian and Singaporean species or subspecies as well as six unidentified species. Forty-one species, extant and extinct and thought to be from Singapore were listed by Seow-Choen in 1997a. Over the last 16 years, field as well as laboratory work have revealed a lot more about these insects. Whilst in the process of researching “A Taxonomic Guide to Stick Insects of Borneo” (Seow-Choen 2016) and “A Taxonomic Guide to Stick Insects of Borneo, Volume II” (Seow-Choen 2017); it was realised that the stick insect fauna of Peninsular Malaysia and Singapore needed to be re-looked at. An up-to-date book is needed to give entomologists and nature lovers an accurate account of the stick insect fauna in Singapore, that is useful for identification and as importantly, for assessing priorities for conservation efforts.

The present book is an updated study of the phasmid diversity of Singapore. It aims to lavishly illustrate our stick insect fauna so as to assist photographers, curators and taxonomists in the tasks of identifying and conserving these species; which are still to be found in Singapore.

This project is undertaken in collaboration with the National Biodiversity Centre with collecting and photography permits from the National Parks Board.