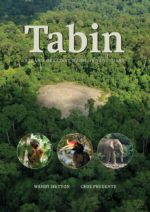 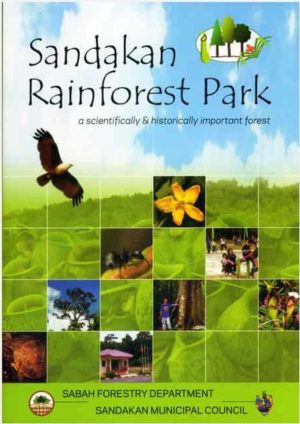 Biodiversity and Conservation of The Meliau Range: A Rain Forest in Sabah’s Ultramafic Belt RM 55.00

The largest protected wildlife area in Sabah, Tabin Wildlife Reserve is home to an exceptional array of Borneo’s rare and endangered species. The Sumatran or Pygmy Rhinoceros, the Bornean Pygmy Elephant, Sabah’s iconic Orangutan, the pot-bellied Proboscis Monkey and countless other mammals are protected here. Thanks to its mineral‑rich mud volcanoes, Tabin not only sustains a wide range of mammals but has a fascinating population of birds, while the rainforest teems with insects, frogs and other life. With its beautiful rivers and streams, magnificent plant life and the comfort of the easily accessible Tabin Wildlife Resort, Tabin promises countless opportunities for a richly rewarding wildlife experience.

All the astonishing diversity and beauty of the Borneo rainforest with its magnificent mammals, brilliant and sometimes bizarre birds, teeming insects, the tallest rainforest trees in the world and a profusion of plants are protected in one of the largest conservation areas in all of Borneo: the Tabin Wildlife Reserve.

Within this 112,000-hectare reserve (twice the size of the Republic of Singapore), one of the world’s rarest and most endangered mammals, the Sumatran Rhinoceros, finds sanctuary. So, too, do Sabah’s iconic orangutans, the world’s smallest elephant, the Bornean Pygmy Elephant, the wild buffalo or tembadau (which has virtually disappeared elsewhere) and other rare species.
Here one can find squirrels and lizards which “fly” between trees, giant soaring Brahminy Kites, honking hornbills with their magnificent casques and tiny, jewel-bright forest birds. There are stealthy carnivores like the beautiful Clouded Leopard and gentle primates including the giant-eyed Slow Loris, the Malayan Sun Bear and slinky civet cats.

All this and much more lies within Tabin Wildlife Reserve, occupying a large part of the Dent peninsula, the easternmost portion of Sabah jutting out into the Sulawesi Sea. Much of Tabin’s forest was selectively logged from the 1960s until late in the 1980s, apart from a central core of almost 9,000 hectares of pristine rainforest and several other smaller virgin jungle reserves. The rest of Tabin is covered by secondary forest, with the reserve virtually surrounded by oil palm plantations which play an intriguing role in the overall balance of nature.

One of the last remaining areas of Sabah’s original lowland rainforest, and possessing an exceptional diversity of flora and fauna, Tabin is vitally important for conservation. In recognition of this, two separate forest reserves were gazetted in 1955 and 1958. Finally, the two reserves were combined as one entity and re-gazetted as Tabin Wildlife Reserve in 1984. Two government bodies are responsible for habitat preservation and conservation within Tabin Wildlife Reserve. Sabah Wildlife Department has a vitally important role in enforcing regulations relating to the protection of Tabin’s wildlife and conducting or coordinating research, while the Sabah Forestry Department ensures the protection of the forest habitat.

Fortunately for the visitor wanting to experience the excitement and complexity of the rainforest, Tabin Wildlife Resort — the gateway to the reserve — is easily accessible. It lies just over an hour’s drive from Lahad Datu, a base for the important palm oil industry, which is connected by air with Sabah’s capital, Kota Kinabalu. Located on the southern edge of the reserve, the Tabin Wildlife Resort offers a high standard of comfort with minimal environmental impact. A number of marked trails lead through the forest to particular areas of interest, including a mud volcano with a 5-storey observation tower nearby, the scenic Lipad Waterfall and the delightful Lipad River with its refreshing pools. Begin to explore the beauty of Tabin’s rainforest in the following pages, which offer but a glimpse of the real treasures that await the visitor to Tabin Wildlife Reserve.