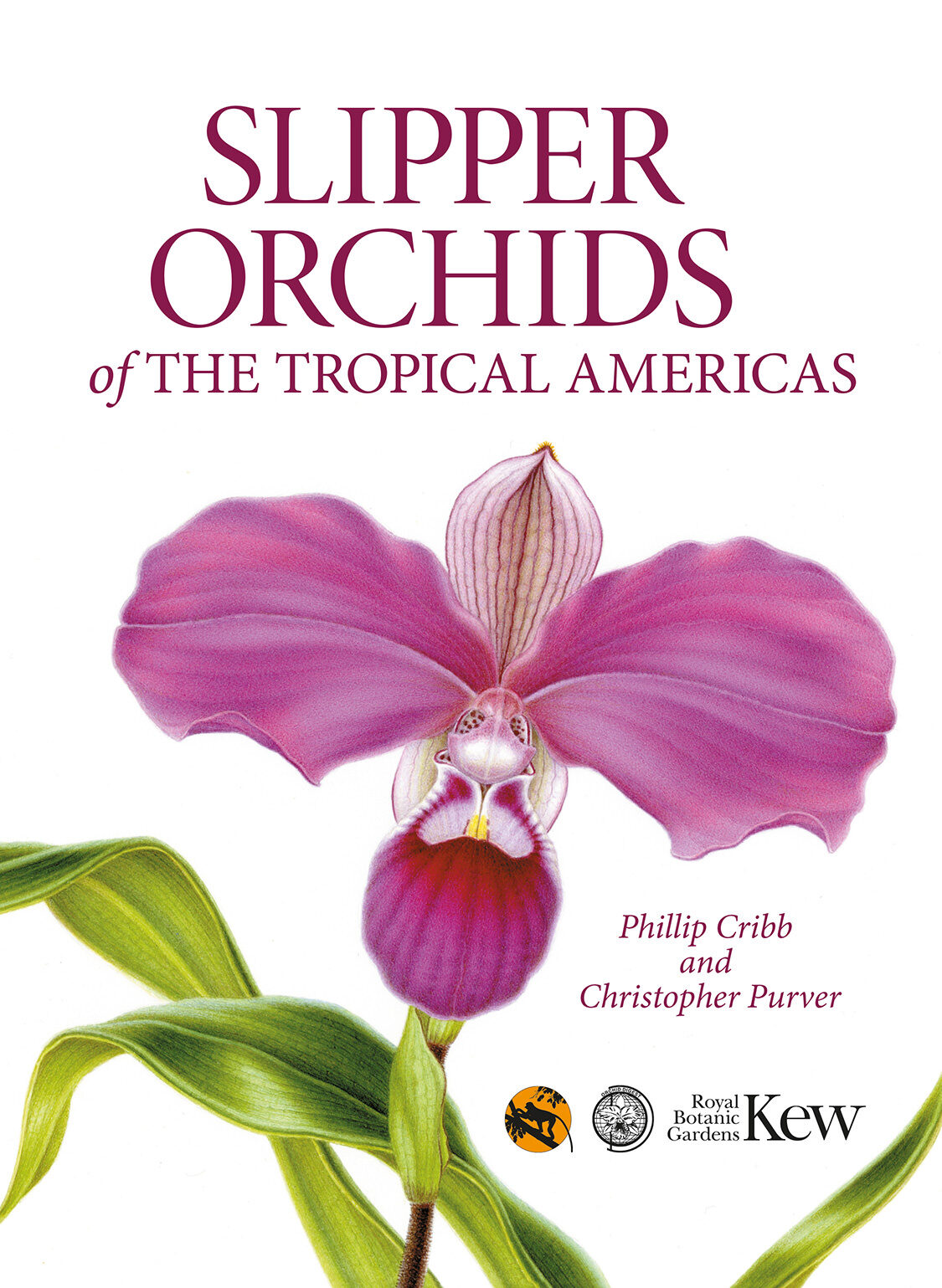 Slipper Orchids of the Tropical Americas

Slipper orchids are amongst the most popular of all cultivated orchids. They are widely grown and have been hybridized for almost a century and a half. This present book covers the tropical American species of three genera of slipper orchids, Selenipedium, Mexipedium and Phragmipedium, until fairly recently the poor relations amongst the slipper orchid scene that has been dominated by the tropical Asian species of the genus Paphiopedilum. However, the discovery of a suite of spectacular new species, particularly in the genus Phragmipedium and of the monotypic Mexipedium xerophyticum, a true missing link, has transformed appreciation of the tropical American slipper orchid species. The new generation of hybrids that have resulted are showy, brightly coloured and long-lasting — favourites on the show bench and in the amateur greenhouse.

The detailed systematic treatment of the genera and species includes history, taxonomy, descriptions, keys, distribution, cytology and ecology. A history of the breeding of Phragmipedium byrids since the second half of the 19th century deals with the revolution brought about by the discovery of the amazing scarlet-flowered P. besseae and the spectacular royal purple P. kovachii. Future breeding trends are also covered. The cultivation of these desirable plants is also discussed.

My first botanical expedition from December 1970 until April 1971 took me to Peru and Bolivia and introduced me to the amazingly rich orchid flora of the Andes. It also provided me with my first view of a Phragmipedium, namely P. caudatum, an epiphytic species spotted in the montane forests near Machu Picchu. I little imagined that some 45 years later I would be involved in preparing an account of the genus for The Royal Botanic Gardens, Kew, this being the third volume in a revision of all of the slipper orchids, an isolated subfamily of the orchids with less than 200 species. However, what they lack in numbers they more than make up for in their fascinating evolution, morphology, biology and horticultural interest.

Three genera found in the American tropics from Mexico south to Bolivia and east to Brazil are included in this volume. They are, respectively, Selenipedium, a small genus of bamboo-like terrestrials with long erect stems, many well-spaced, pleated leaves and small flowers; Mexipedium, a monotypic genus from southern Mexico with a lithophytic rhizomatous habit, short stems, a fan of hard leaves and small white flowers; and Phragmipedium, the largest genus with over 20 species including terrestrials, lithophytes or epiphytes with short stems, fans of hard leaves and small to large and sometimes colourful flowers. A fourth genus, Cypripedium, with elongate stems, several pleated leaves and large yellow flowers, has three species within the range of genera covered here but they were included in an earlier monograph in this series (Cribb, 1997).

Phragmipediums were introduced into cultivation in the 19th century and enjoyed a brief period of popularity in the late Victorian era. Mexipedium appeared in the 1990s in cultivations and is grown as a curiosity. Selenipediums do not adapt well to cultivation and their large size and small flowers are not of horticultural interest.

The discovery of the scarlet-flowered Phragmipedium besseae in Peru in the early 1980s marked a turning point in horticultural interest in the genus Phragmipedium. Prior to this event, the hard-leaved tropical American slipper orchids had been of marginal interest. Orchid nurseries often grew one or two species and a few of the hybrids that had been bred in the late 19th century but hybridisation had reached a plateau and few nurseries saw a future in further developing them as a popular breeding group. After all, most of the species and hybrids had rather dull coloured flowers in shades of green, brown and purple. The only species that bucked the trend was P. schlimii, a species with small white to rose-pink flowers that had been used to produce several attractive hybrids, such as P. Sedenii and P. Cardinale with pink and white flowers.

Phragmipedium besseae caused a sensation when it was first introduced into cultivation in 1982. A plant shown for award at the Royal Horticultural Society is one of the few novelties that has produced an audible gasp of amazement from the committee of experienced judges. It was quickly hybridised with every other species and hybrid that could be found. The Eric Young Orchid Foundation in Jersey was in the forefront of this breeding programme. Its first flowered hybrids were extremely encouraging, the red pigment being dominant in the hybrids. Eric Young employed the cytogeneticist Don Wimber to experiment with chromosome doubling both species and hybrids. His efforts with Phragmipedium besseae hybrids were little short of sensational, producing vigorous plants that were easy to grow and produced larger more deeply coloured flowers that lasted much longer than those of their diploid siblings.

A new generation began to grow these sensational slipper orchids which coincidentally began to win awards at nearly every show where they were exhibited. The discovery of P. besseae also stimulated further exploration to see if other species had been overlooked, particularly in the Andes of Peru, Ecuador and Colombia. The conclusion of this renewed interest was the discovery in 2001 of Phragmipedium kovachii, the most distinctive species in the genus with extraordinarily large royal purple flowers borne on tall red-hairy flower stalks. Its discovery made the front pages of the national press in the Americas, Europe, Asia and Australia. It reappeared shortly afterwards as a ‘cause célèbre’ because its introduction into cultivation was illegal, leading to a court case in the USA that was widely covered by both the press and television.

Needless to say, the publicity stimulated the popularity of phragmipediums, awareness of the vulnerability of horticulturally exciting new species and the need to protect them in the wild. Fortunately, an enlightened attitude by the Peruvian government allowed two Peruvian nurseries to propagate plants for export. New hybrids of P. kovachii soon appeared, the first less interesting than the species, but the second generation are showing far greater promise.

Eric Young asked me many years ago to sort out the nomenclature of Phragmipedium but my interests at the time were mainly in African and Asian orchids. However, given the increasing number of novelties that have been discovered and the fine range of hybrids that have been bred since his request, I have maintained an interest and worked closely with Chris Purver, now manager of the Eric Young Foundation. This book is the result of our continuing collaboration.