View cart “Reflections of a Curious Victorian Lady in North Borneo: The Short Stories of Ada Blanche Pryer” has been added to your cart.
Checkout View Cart 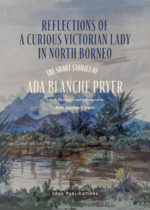 Reflections of a Curious Victorian Lady in North Borneo: The Short Stories of Ada Blanche Pryer
RM 150.00 Add to cart 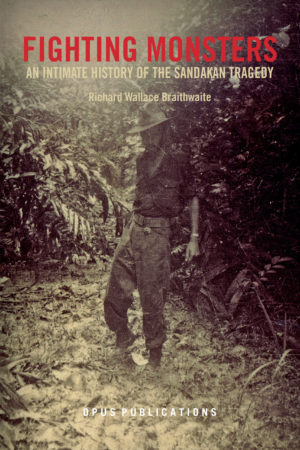 Fighting Monsters: An Intimate History of the Sandakan Tragedy RM 70.00 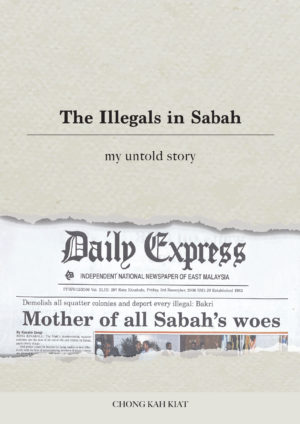 Reflections of a Curious Victorian Lady in North Borneo: The Short Stories of Ada Blanche Pryer

This delightful and surprising book provides a window into the founding of Sabah through the eyes of a rather curious lady, Ada Blanche Pryer, who arrived in January 1884 as the wife of the first Resident of Sandakan. Ada is already well known by scholars of SE Asia for two earlier publications, the book A Decade in Borneo and her diaries, Mrs Pryer in Sabah, each of which extoled and tackled colonization through a different perspective from what we know from her contemporary white male adventurers.

However, Ada also wrote numerous vivid articles and short stories some of which were published in the newspapers of the day but others, the short stories in particular, have never before been published. These writings were rooted in Ada’s passionate appreciation of the cultural complexities of Sabah’s east coast at the time of colonization, complexities that are now of more interest than ever to Sabah’s people themselves.

Accompanied by maps, contemporary water colours and the author’s own prints, this book consolidates these hitherto unknown writings together, and provides the biographical context in which they were written. These articles and stories delicately reveal the colonial lifestyle in the town of Sandakan, the eccentricities of the members of her household, observations of native customs from travels into the interior, and life on a Bornean estate where her husband was pioneering plantation crops. She weaved her observations of native customs into her short stories about man/women relationships in the setting of Sandakan Bay where the beautiful raven-haired women although shy and ostensibly demure were able make their own choices in life just as she did.

Ada Blanche Locke was born to middle class parents in Newport, Wales on 26 October 1855. Her father, an engineer and inventor at the Dos Nail Works in Newport, was well respected in his field and her mother was a member of close-knit enterprising family, the Thornes. Her father died when she was aged 11 and the family seemed well-cared for after his death. She was educated at a girls’ establishment equivalent to a Dame School and had sufficient income not to have to seek employment.

At aged 28, she received a proposal of marriage from a widower she barely knew, William Burgess Pryer, for which she would have to move from her comfortable Victorian existence to the frontier territory of North Borneo where her future husband was the chief administrator. They married in Singapore in 1883 and Ada came into her own in the newly established port town of Sandakan, becoming a prominent member of that society in a loving and caring marriage

Not having any biological children of their own, she and her husband “adopted” two local boys (Pongholo Stanislaus Dominic and Bunny Soo Ah Yin), parenting them through childhood and supporting their careers. She backed her husband in his ventures in plantation agriculture, in his squabbles with the less able British administrators who succeeded him, and expounded his conciliatory views on the infamous rebel Mat Salleh. Her husband’s illness later occupied much of her time culminating in his untimely death in 1899 after which she returned to live in England while remaining close to the “family” and the business interests she left behind. She died in 1916 and remembered in her will her relatives, her “children” and her business partners and advisers.