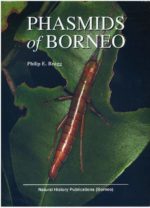 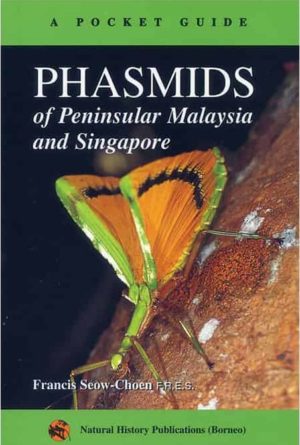 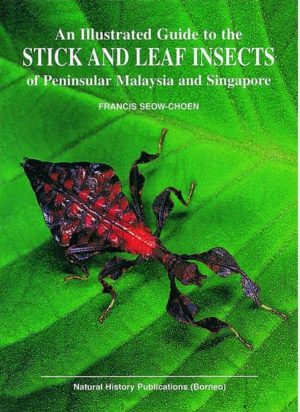 An Illustrated Guide to the Stick and Leaf Insects of Peninsular Malaysia and Singapore RM 95.00

Borneo, the third largest in the world, is still largely unexplored. Despite the influence of humans, much of it is still covered in rain forest, the most diverse ecosystem on the planet. With more than 10% of the world’s species found there, Borneo is arguably the best place to study stick insects.

Although stick insects, or phasmids, include the largest insects known, they are most nocturnal and easily overlooked. In 1838, Hermann Burmeister described the first stick insects from Borneo. During the next 100 years, almost 300 species more were recorded, making the island the richest territory for stick insects in the world. There was then a gap of almost 50 years when no new species were recorded from Borneo. However, during the last decade 53 new species have been described: 48 by the author of this book, including 29 which are described here for the first time.

The understanding of variation, which has developed partly from an interest in rearing phasmids, has provided firm evidence that a number of the holder described species have been named two or three times by earlier authors, so we now have a much more accurate picture of how many different species there are.

This is the first book to deal specifically with the phasmids of Borneo. With over 800 line illustrations and 24 colour photographs of stick insects and their eggs, it contains more illustrations than any book ever published on phasmids. With keys for the identification of species in all smaller subfamilies, it is invaluable to anyone interested in the identification of this group of Bornean insects. The book contains comprehensive synonymies for all the species recorded from Borneo and highlights a number which have been recorded by mistake. The author provides an indispensable  tool for further research on Bornean phasmids. In addition, the book includes a world-wide check list of phasmid genera with all the type species listed.