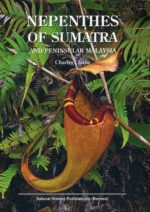 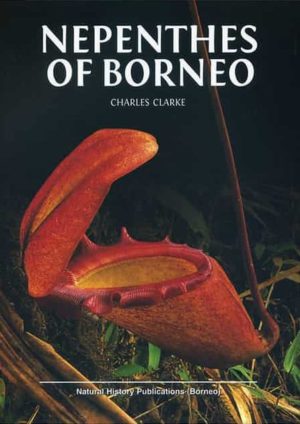 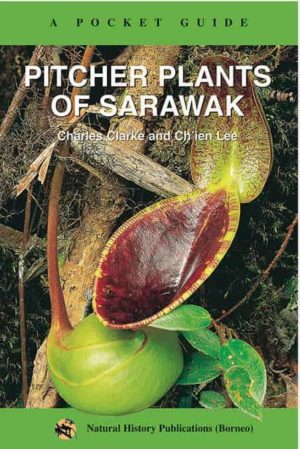 The great island of Sumatra brings to mind a multitude of images of tropical biodiversity. From gloomy lowland rain forests to soaring volcanoes, a vast array of different habitats support some of the most extraordinary organisms on Earth. Animals such as the Sumatran tiger and orang utan vie with the flowers of Rafflesia and Amorphophallus species as the island’s most recognisable life forms. Equally spectacular, but far less well known, are Sumatra’s carnivorous pitcher plants (Nepethes), of which there are 29 species. They are found throughout the island, from humid peat swamps which lie below the sea level, to chilly alpine meadows three kilometres higher. Some species are semi-aquatic while others live a precarious existence on volcanic ash and lava flows. Still others are epiphytes, growing in the forest canopy and remaining out of sight to all but the keenest observers. However, unlike most of Sumatra’s other living icons, the vast majority of Nepenthes species grow in disturbed vegetation near human settlements or on roadside embankments. Indeed, few visitors to Sumatra fail to see pitcher plants on their travels.

It therefore comes s a surprise to find that many of the Sumatran Nepenthes species are known only from a small number of herbarium collections and taxonomic accounts. This contrasts sharply with the situation in Borneo, where the majority of species are well known and have been examined in considerable detail.

The aim of this book is to redress this imbalance by providing the first detailed account of this remarkable group of plants. Considerable emphasis is placed on the ecology of Sumatran Nepenthes, but their taxonomy is also revised and updated, drawing upon recent progress in this field.

Although its is an island, Sumatra is separated from the Malay Peninsula by just 75 km, from Java by a mere 30 km. The Nepenthes species from the latter landmasses are either found in Sumatra or are closely related to other Sumatran species. It is therefore appropriate to include them in this text as well. In all, 34 species are illustrated and discussed in detail, including one new species which is described for the first time in the pages that follow.

Charles Clarke is a biologist who has been studying the ecology of Nepenthes pitcher plants since 1988. He was born and raised in Melbourne, Australia, where he received an honours degree in Botany from Monash University. He later moved to Armidale, New South Wales, to study for his Ph.D. in Ecosystem Management. The focus of his scientific research has been the structure and dynamics of interactions between Nepenthes and animals. The field research fir his doctorate was conducted in Brunei. He is currently based at the Department of Biology at the Hong Kong University of Science & Technology. He has spent much of the last three years researching and writing this text.