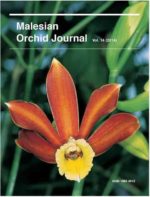 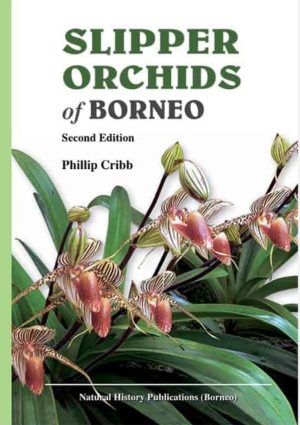 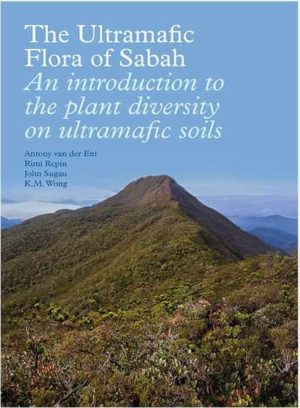 With the publication in February this year of the sixth and final volume of Genera orchidacearum (GO) we have seen the completion of a project spanning two decades and involving about 200 scientists. As the title indicates, this is a series of books about orchid genera, not orchid species. According to GO, 765 orchid genera are currently recognized. The editors, Alec Pridgeon, Phillip Cribb, Mark Chase and Finn Rasmussen are to be congratulated with this landmark in the history of orchid studies.

There have been previous attempts to provide an overview of all the known orchid genera, for example by Lindley and Bentham & Hooker in the nineteenth century, and by Rudolf Schlechter in the early twentieth century. More recently, a ‘third edition’ of Schlechter’s Die Orchideen was published, of which the systematic part was mainly written by Friedrich G. Brieger and Karlheinz Senghas. This appeared in numerous instalments over a period of 33 years (1970–2003). Since Die Orchideen was published in German it has never become well-known in the wider orchid world. On a taxonomic level, the differences between Die Orchideen and GO are enormous. It would take a book to describe these differences in detail, but it is easier to point to the principal cause of the differences: DNA evidence.

Die Orchideen was almost entirely written before DNA came into use for the analysis of the phylogenetic (i.e. evolutionary) relationships between orchid species. As a result, the classification was based on a subjective interpretation of plant and flower morphology, just as Schlechter himself had done more than fifty years earlier. Unfortunately, there are two serious problems with morphology: (1) Things that look very similar may actually be different if they evolved more than once (problem of convergent evolution); (2) It is hard to tell in advance how important particular morphological differences are: can they be used to distinguish between genera or can they only help to distinguish between species within the same genus (problem of information content of characters)?

The great power of DNA evidence is that it can provide us with an objective picture of the phylogenetic relationships between species. The idea behind this is that DNA picks up random mutations over time, which are passed on to subsequent generations. Since DNA is essentially an enormous string of four letters (A, C, G and T), ultimately the genetic differences between two species are simply the differences between two strings of letters. Because the differences are caused by random mutations it may be assumed that the more similar two strings (or sequences) are, the more likely it is that they belong to more closely related organisms. In practice it is a bit more complicated than simply counting the differences, but with the right pieces of DNA we can often be highly confident in the relationships that we find by feeding the DNA sequences to a computer program.

Once we have an idea how the various species are related, we can look again at the actual plants to see which morphological characters can help to distinguish genera. For example, sometimes the presence of a spur can characterise a genus when compared to a closely related one, but sometimes species with or without a spur can be found within the same genus (as in Phalaenopsis and Phaius). We will also be able to spot which characters can be misleading because they evolved more than once.

These methods have been applied throughout GO. However, not nearly all orchid species have had their DNA sequenced and analysed. Our knowledge about orchid phylogeny is still quite sketchy in places (e.g. in the large genus Habenaria), and even where it is not sketchy there are still conflicting decisions possible about the classification of genera. Simply put, we can decide to include our species in fewer, larger genera (lumping), or we can include those species in more and smaller genera (splitting). In general, most contributors to GO have favoured larger genera over smaller ones where possible, although it must be said that GO is not entirely consistent in this respect.

Which brings me to the editorial policy of the Malesian Orchid Journal. I would in general encourage authors to adopt the classification of GO, but as editor of this journal I think it would go too far to require this. Moreover, GO is not the final word on orchid classification; it is likely that parts of it need to be modified for greater consistency or in light of better evidence. Ultimately it is up to the authors who wish to publish in the Malesian Orchid Journal to decide which classification they follow, as long as it is based on scientific principles. Peer review will undoubtedly weed out contributions that deviate too much from acceptable norms.

This fourteenth volume is again a wholesome mix of regional revisions and descriptions of new taxa. There are not as many papers on ecology being submitted as I would like to see, therefore the emphasis this time is almost entirely on systematics.

The largest paper, by Phillip Cribb, Dudley Clayton and Hubert Kurzweil on Calanthe, owes its genesis to the recent book on this genus by Clayton and Cribb. The present paper focuses on the c. 26 Bornean species, with some updated information not found in the book. It is apparent that the Calanthe species of Kalimantan (Indonesian Borneo) are still relatively poorly known.

Judi Stone, best known as a botanical artist (she has illustrated many genera for GO), is a biologist by training and here provides a useful overview of Phaius of Borneo. Of course, the fine line drawings, illustrating each of the eight species, are by her own hand. She is currently preparing a book about the whole genus, which is closely related to Calanthe or even congeneric according to some.

Ed de Vogel’s orchid surveys in Papua New Guinea have spawned two articles in this volume. Together with Rogier van Vugt, manager of the hothouses of the Hortus botanicus of Leiden University where Ed’s plants are being grown, he describes a delicate species of Dendrobium section Grastidium, which they name after the famous primatologist and conservationist Dame Jane Goodall (who, I am pleased to say, has approved this eponymy).

Jaap Vermeulen and de Vogel describe Bulbophyllum anjae from Papua New Guinea, a pretty little species which is noteworthy for its beautiful, velvety violet petals. Together with Anton Sieder, Vermeulen in a second paper clarifies two confused species of Bulbophyllum: B. viridescens from Peninsular Malaysia and Borneo and B. elaphoglossum from Sulawesi.

Eria and its satellite genera still pose major problems of classification and identification. In the split-off genus Cylindrolobus, Jeffrey Wood and Tony Lamb describe a new species from Borneo named after its discoverer, Ben Chai. This genus is not well represented in herbaria because the flowers usually last only one day, with all flowers on all plants in the same locality opening on the same day. Even though these orchids can flower several times a year, they are easily missed by collectors because of this all-or-nothing flowering strategy. This interesting type of phenology is seen in several orchids in the Malesian region, especially in Dendrobium (with the pigeon orchid, D. crumenatum as the best-known example), but also in species of Bulbophyllum, Thrixspermum, and other genera.

Finally, in a second instalment of his Picture Gallery of Orchids, Wood shows and discusses 28 Malesian species that are not often seen, neither in the wild nor in cultivation. In its diversity it is a fitting conclusion to a diverse volume.