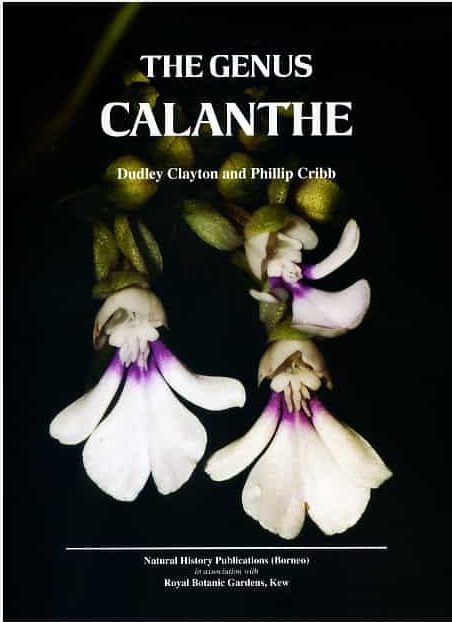 Calanthe is a widespread but predominantly tropical orchid genus, distributed in tropical and subtropical Asia from India across to Japan, and southwards and eastwards to north-eastern Australia and the Pacific Islands, east to Tahiti, tropical and South Africa, Madagascar, the islands of the Indian Ocean and in Central and South America and the Caribbean. The centre of diversity lies in Southeast Asia and the Malay Archipelago, while secondary centres of diversity can be found in the China and New Guinea.

Georg Rumph (1627–1702), better known as Rumphius, in his posthumously published Herbarium Rumphianum (1750), was the first to describe and illustrate a Calanthe from Ambon in the Dutch East Indies (Indonesia), giving it the pre-Linnaean name “Flos triplicatus seu Helleborus Amboinicus”. In 1821 Robert Brown established the genus Calanthe; since then hundreds of new species have been described.

Bearing in mind the popularity of calanthes in horticulture, it is surprising that this is the first account in English of the genus to be published since 1833 when John Lindley catalogued the species. The German botanist Rudolf Schlechter (1872–1925) described many tropical species, mainly from New Guinea and the Malay Archipelago, and produced an improved classification of the genus. Unfortunately, no recent comprehensive account of the genus exists. Some 450 names have been applied to the 200 or so Calanthe species. In this work we have maintained much of Schlechter’s classification, but we now recognise seven sections in subgenus Calanthe, including the newly described section Monophylla to distinguish the unifoliate species. To aid identification of the species of section Calanthe, we have divided it into three series: Calanthe, Sylvatica and Triplicata.

We have treated Calanthe here in its traditional sense. It is hoped that this publication will provide a base-line of information for those making further studies of the genus. As the chapter on Calanthe phylogeny intimates, the genus is un-natural and changes to its circumscription are necessary once more detailed information on the DNA analyses is published.