A Taxonomic Guide to the Stick Insects of Borneo Vol. 1 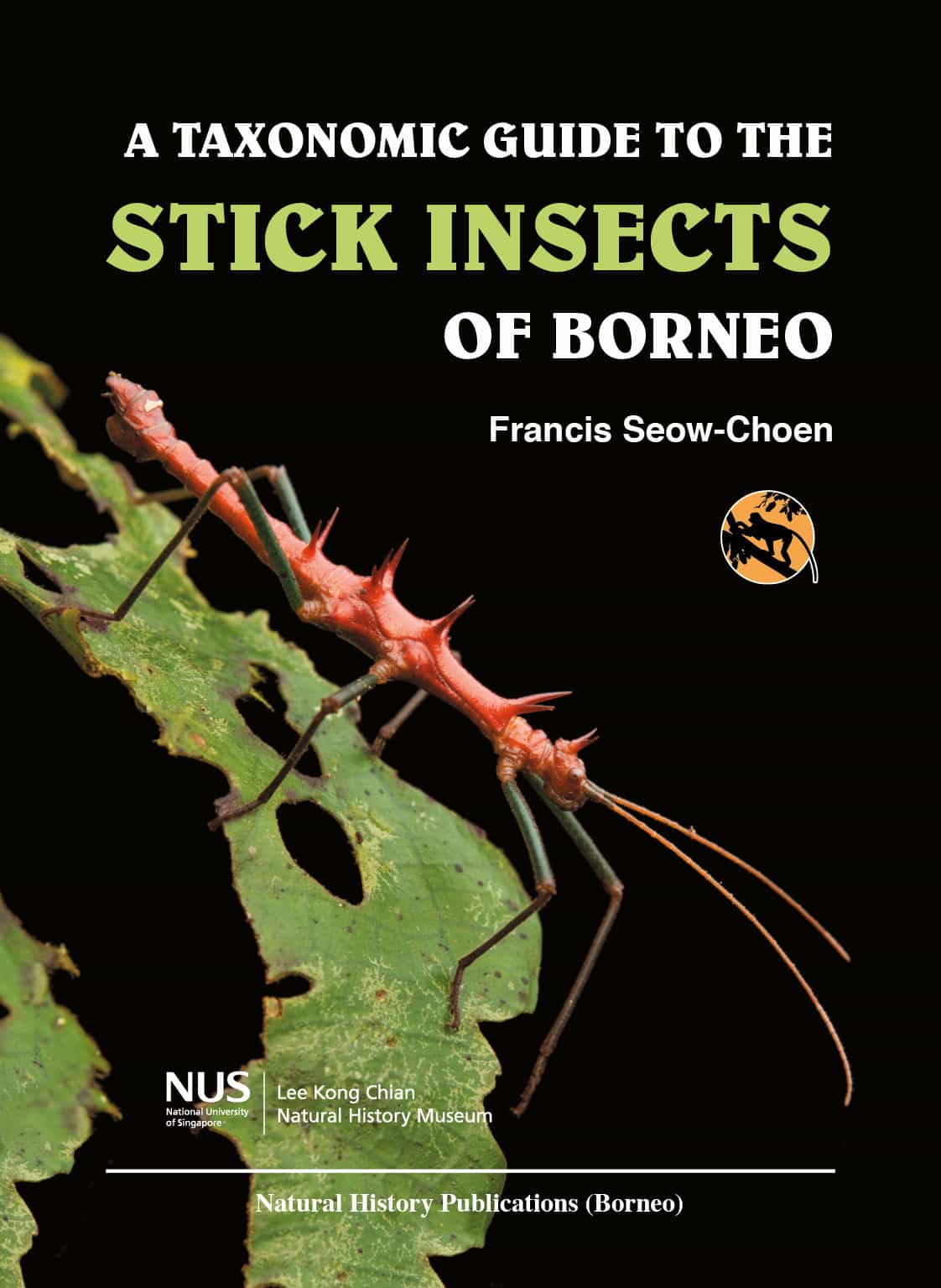 The culmination of a lifetime’s work, this beautifully produced monograph of Bornean Phasmids is the most up-to-date guide to all 337 known species or subspecies of phasmid that a reader is likely to come across in Borneo. Identification keys to the species and descriptions are given, supported by more than 1000 beautiful photographs that enable accurate confirmation of the identity: if a phasmid seems not to be in this book, it is probably either a new species or the undescribed sex of a known species. Where photographs of live specimens are not available, images of type specimens or, in a few cases, drawings are provided. Food plants of the species, when known, are also identified. There are 15 new genera and 52 new species or subspecies newly described in this book, representing a quantum leap forward in our knowledge of these captivating insects.

While this is a book for everyone interested in nature in Borneo and the Southeast Asian tropics, the scientific content will delight the serious entomologist. Keen photographers of Bornean insects will also have greatly increased chances of identifying their phasmid subjects and the interested lay-person will find the assembled information and illustrations very accessible and a catalyst to their natural history pursuits.

Stick and leaf insects are fascinating creatures. Some of the largest, longest, most colourful and spikiest insects are stick insects. Bragg first published his seminal Phasmids of Borneo in 2001. However, there is still a great need for a user-friendly photographic guide to the phasmids of Borneo. The aims of this book are twofold. The first task is to enable every specimen found to be identified to species level or to realise that it is an undescribed species. The second aim is to produce a concise taxonomic guide which summarises the essential knowledge of this group of fascinating insects in Borneo.

Hence, whilst new species are described as fully as is possible, known species will not be redescribed except to provide sufficient details that enable easy field identification. I hope that this book will continue to stimulate interest in these insects and result in more research into Bornean phasmids. Whilst this book is about Bornean phasmids, the author’s work has mainly been confined to Sabah and Sarawak. Most of the specimens and photographs are hence chiefly from these places, unless otherwise specified. In this book I have provided keys to 337 species or subspecies that are known from Borneo. Of these, there are 15 new genera, 1 genus re-instated, 1 new generic synonym, 5 new subgenera and 1 subgenus elevated to genus, 52 new species or subspecies (excluding one new taxon without an available specimen), 5 synonyms elevated to species, 3 subspecies elevated to species, 19 new specific synonyms and 47 newly combined names. For non-Bornean species there are 2 synonyms elevated to species, 1 specific synonym and 24 new combined names.

Research in these insects is an on-going project. Hence I would appreciate if readers would point out any shortcomings of this book. I would also appreciate any new findings or sightings of species which are not in this book. Communications in this regard may be made with the author. Collection of insects and other specimens from National Parks and other protected areas should not be undertaken without authorisation from the relevant departments concerned. Such authorisation must be obtained before any collecting is undertaken.

A Few Notes on the Book

Copy and paste this URL into your WordPress site to embed

Copy and paste this code into your site to embed